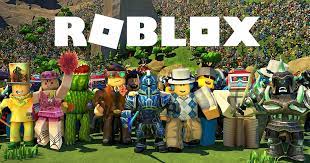 Roblox is an online game development platform that allows users to create their own games. It also allows users to communicate with each other. Roblox is rated E10+ for Fantasy Violence by the ESRB. There are many features of Roblox, including game creation tools, game store, and online community. If you’re curious about the platform, read on to learn more about it. We’ll also cover a few of the most popular games on the site, as well as how to get started.

Roblox is a game development platform

If you’re a programmer, you’ve probably heard about Roblox. It’s a web-based platform that allows people of all ages to create games. It is a great way to learn more about the game development process and gain inspiration from other people. You can also find tips and advice from other Roblox users, some of whom may have already created some of the most popular Roblox games. You can also expand your network by hosting events and asking for advice from the community.

Roblox is a game development platform that’s easy to use and provides unlimited online servers. You can use this free software to create games for the community and publish them online. You can even publish your games directly to the platform, too! Just make sure you use the Roblox official studio software. The games you make should be cooperative in nature. There is no single-player mode in Roblox. However, if you’re looking to make a game for a single player, you should look elsewhere.

It allows users to create their own games

The Roblox game engine has a variety of game creation tools. Its features include custom avatars and clothing designs. Users can create games and play them with friends in the same world. Unlike other online game development tools, Roblox offers a social aspect. Players can add friends to the website and play multiple games simultaneously. They can also trade Robux for real-world currency through the Roblox Developer Exchange system. There are a few scams surrounding Robux, including those associated with automated messages and fake websites. In addition, some users try to acquire free Robux through scam games that use invalid Robux codes.

In addition to letting users create games, It also has a vibrant community for developers to collaborate and share ideas. The Roblox platform supports a diverse range of game types, from casual to complex. The Roblox platform also allows people to use VR and Xbox systems to play games. There are thousands of games available on, so there’s bound to be something for everyone. It’s also worth noting that the game platform is accessible through many different means.

It allows players to communicate with other players

In Roblox, players can chat with other players through various ways. This communication can be either through written text or voice. If a player is in range, he or she can enable voice chat by hovering his or her cursor over the microphone symbol. Players can communicate with each other via text or voice depending on their preferences. To enable voice chat, players must be at least 13 years of age. Users can also choose to mute specific players.

Roblox has recently gone public, making it one of the most valuable companies in the gaming industry. Tech giants, content creators, and investors alike are all in on Roblox’s metaverse. It looks like a safe bet for investors. To see why, take a look at the Roblox game system. There are several great features available for players to communicate with each other in Roblox. The ability to communicate with other players in-game is one of the main attractions for this game.

It has an ESRB rating of E10+ for Fantasy Violence

Despite its cartoony nature, Roblox does contain fantasy violence. Though it is rated E10+ for all ages, this rating means that it is suitable for most kids, even older children. However, parents should take note of the language and images contained within the game. As with many games, you should supervise your child when playing Roblox. The ESRB recommends a rating of E10 or higher for children based on the game’s typical gameplay.

The ESRB rating system includes three categories: EC (Everyone), EE (Eighth grade), and E10+. The latter rating refers to games containing frequent violence. In addition, the ESRB also imposes regulations against publishers that fail to follow the guidelines. The ESRB can impose fines up to $1 million for violation of its rules, and take corrective action against the publishers. It is estimated that 87% of children under the age of 17 are turned away from M-rated games.

When you use rbx.gum to earn robux, you must take certain actions. First, you must watch videos from the website....

Friday Night Funkin is a new rhythm game developed by KBH, an organization focused on bringing fun and excitement to...

Mbc2030 live is an event website that allows you to place wagers on the outcome of a sporting occasion. The...

Before registering for the event, make sure to read the rules of WPC15 and register. Here are some of the...

The gaming business has made some amazing progress since its origin during the 1940s, and business people and designers in...